Due to International passenger flights' continued reduction, affected by Novel Coronavirus, certain areas are in difficult situation to secure cargo space.
In order to meet the freight demands of both Japan and Europe, ANA has this time operated charter flight to the European gateway, Frankfurt.

ANA, for the first time, operated large Boeing 777 freighter aircraft to Europe.
Frankfurt is the third city for this aircraft to be in service, following Shanghai and Chicago which are operating since July and October, 2019, respectively. 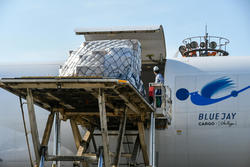 Water salute was given to the first flight's arrival at Frankfurt. 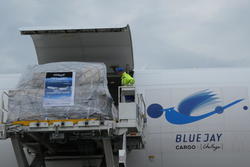