・Use of Sustainable Aviation Fuel is key to reducing emissions associated with air transportation
・In September, ANA conducted the first SAF-powered cargo flight with leading logistics companies in Japan 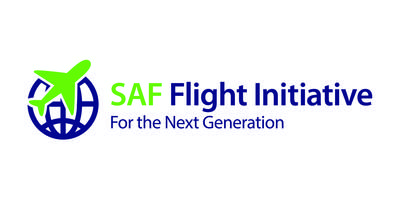 TOKYO, Oct. 14, 2021 - All Nippon Airways (ANA), Japan's largest and 5-Star airline for nine consecutive years, is proud to launch "SAF Flight Initiative", a new and dedicated program to reduce CO2 emissions. Designed to promote Sustainable Aviation Fuel (SAF) by collaborating with leading companies in this area, the program is the latest effort by ANA to decrease its carbon footprint and adhere to the guidelines established by the United Nations Sustainable Development Goals (SDGs) as well as meet ANA Group's environmental commitments announced in April 2021. The SAF Flight Initiative builds on ANA's past work in this area and aims to work with leading partners across a range of industries, supporting their efforts to reduce emissions in the value chains as well as to expand the production and use of SAF.

Nippon Express Co., Ltd., Kintetsu World Express, Inc. and Yusen Logistics Co., Ltd. have announced that they will participate in the SAF Flight Initiative, a sign of the increasing appeal of SAF in the aviation industry. ANA conducted a SAF-powered cargo flight with these three major logistics and cargo companies on September 29, the first flight by a Japanese airline to conduct a joint operation using SAF.